Fabrice Nicolino is a french journalist born in 1955 in Paris.
He has collaborated as a reporter with magazines such as Géo, Le Canard Enchaîné, Télérama, wrote chronicles for Terre Sauvage, La Croix and since 2010 for Charlie Hebdo.
He survived two terrorist attacks, in 1985 after the bombing of a cinema during the 4th international festival of jewish cinema, and in 2015 he was among the survivors of the Charlie Hebdo attack.
Some of his positions are sometimes polemical and I don’t personally agree with all of them, especially when it comes to some he took about social issues in France.
Still he is a prolific and interesting author when it comes to express himself about ecology.

The book in a nutshell

« Lettre à une petiote sur l’abominable histoire de la bouffe industrielle » is what I could call a very good introduction book.
The concept itself, and everything is said in the title, is to tell the reader about history of food industry,
like you could learn it at school but with little more spark in the tone of voice. A good mix between the bedtime story and the factual report of a journalist.

Still, if it had to be really a bedtime story, it would be quite a horrific one for the least…

From the invention of canned soup to processed food, our way to eat is mutating always faster since the industrial revolution, thanks to social evolution and technical innovations.
But quickly dominated by giants like Nestlé, Bayer, Unilever or PepsiCo, the initial idea to offer health and well-being to consumers became the careless reign of corporations.

Because it offers a great overview of the evolution of the industrial food sector of the past decades, it helps you understand how local brands now decide the rule of a game you sometimes don’t even know you are part of.
As an introduction to start to realize one very simple thing that we should all start with: most brands we trust for our health are more concerned by profits. So it’s also your responsibility as a consumer not to put all your eggs in the same basket, and to start to change your habits, if not for anything else but you it would already be a beginning of something.

If the conclusion is not the typical happy-ending type, it opens to the field of potentials that lies in front of this little girl this « letter » is addressed to, and she is also me, and she’s all of us.

So it’s also your responsibility as a consumer not to put all your eggs in the same basket, and to start to change your habits, if not for anything else but you it would already be a beginning of something.

Where to buy the book: Fnac 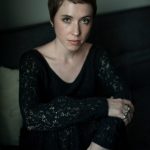 French Art Director and Illustrator based in Barcelona.

« Eat your Spinach », a blog story

Do you know the SDGs?